For more than 35 years, Monadnock Developmental Services (MDS) has provided supports and services to adults and children with developmental disabilities – some 1,100 individuals and 600 families in 34 towns in the Monadnock region. These disabilities include cerebral palsy, intellectual disability, autism, epilepsy – and also traumatic brain injury. (Please read more about MDS below)

Warm as summer sunshine, real as the truth, intimate as a long overdue visit between old friends … such is a Jonathan Edwards concert. Four decades into a stellar career of uncompromising musical integrity, the man simply delivers night after night – songs of passion, songs of insight, songs of humor, all rendered in that pure and powerful tenor which, like fine wine, and has only grown sweeter with age.

This is one veteran performer who is neither grizzled nor nostalgic. These days Jonathan is likely to be found on the road. I've been...doing what I do best, which is playing live in front of people. I've been concentrating on that and loving it," he says.

An artist who measures his success by his ability to attract and take good care of an audience for four decades, Jonathan maintains that it is the feedback he receives after his shows that keeps him going. “It is really gratifying to hear [someone say], ‘Your stuff has meant a lot to me over the years.’”

The “stuff” he’s referring to is a highly respected repertoire that includes such classics as “Honky Tonk Stardust Cowboy,” “Sometimes,” “One Day Closer,” “Don’t Cry Blue,” “Emma,” “Everybody Knows Her,” “Athens County,” and everyone’s favorite ode to putting a good buzz on, “Shanty.” And then, of course, there’s the anthemic “Sunshine (Go Away Today),” that fierce proclamation of protest and independence that resonated with thousands and thousands of frustrated and angry young men and women when it was first released in 1971. Almost 40 years later, at show after show, the song continues to be embraced by faithful followers and new fans alike.

Since 1971, Jonathan has released 15 albums, including Blue Ridge, his standard-setting collaboration with bluegrass favorites the Seldom Scene, and Little Hands, his collection of children’s songs, which was honored with a National Library Association award.

As for album #16, Jonathan says, “Young people that are getting back to the land and trying to get off the power grid encourage me. My next studio album will reflect some of those themes.” With that in mind, it’s no surprise that he closes each night’s show with these heartfelt lyrics:

Calling all dreamers and optimistic fools

Don't let go of your dream, make it now, make it all come true

If you believe in a brighter day

I know we can find our way

To this island, in a starry ocean

Poetry in motion, this island earth

A beautiful oasis for all human races

The only home that we know, this island earth.

MDS and its partners make it possible for people with disabilities to be able to live and work in their communities, to get appropriate health care, to be out in the community rather than being secluded and isolated at home. We help people find appropriate living situations, with families and roommates. We help them find and keep jobs. Our goal is to help them make their days more meaningful through community connections.

Our guiding words are:  Inclusion – Participation – Mutual Relationships. Our vision is that all people are valued and will have opportunities to reach their full potential as productive members of society.

Each of us deserves the opportunity to live a meaningful life, to receive proper care, to have important relationships and to be a part of our community.  The staff at MDS works hard every single day to make sure that people with developmental disabilities have that chance.

We are honored to collaborate with Peterborough Folk Music for this very special concert. Thank you. 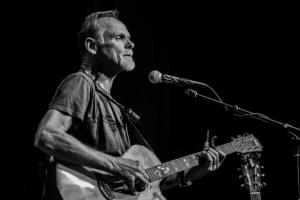