“Smither is an American original – a product of the musical melting pot and one of the absolute best singer-songwriters in the world.”—Associated Press.

Born in Miami, during World War II, Chris Smither grew up in New Orleans where he first started playing music as a child. The son of a Tulane University professor, he was taught the rudiments of instrumentation by his uncle on his mother’s ukulele. “Uncle Howard,” Smither says, “showed me that if you knew three chords, you could play a lot of the songs you heard on the radio. And if you knew four chords, you could pretty much rule the world.” With that bit of knowledge under his belt, he was hooked. “I’d loved acoustic music – specifically the blues – ever since I first heard Lightnin’ Hopkins’ Blues In My Bottle album. I couldn’t believe the sound Hopkins got. At first I thought it was two guys playing guitar. My style, to a degree, came out of trying to imitate that sound I heard.”

In his early twenties, Smither turned his back on his anthropology studies and headed to Boston at the urging of legendary folk singer Eric von Schmidt. It was the mid-’60s and acoustic music thrived in the streets and coffeehouses there. Smither forged lifelong friendships with many musicians, including Bonnie Raitt who went on to record his songs, “Love You Like A Man” and “I Feel the Same. (Their friendship has endured as their career paths intertwined over the years.) What quickly evolved from his New Orleans and Cambridge musical experiences is his enduring, singular guitar sound – a beat-driven finger-picking, strongly influenced by the playing of Mississippi John Hurt and Lightnin’ Hopkins, layered over the ever-present backbeat of his rhythmic, tapping feet (always mic’d in performance): https://smither.com/wp-content/uploads/2018/01/Smither-Career-Bio-2018.pdf

“And then there’s the voice – equal parts gravel and molasses.” (NPR)

Honing a synthesis of folk and blues for 50 years, Smither is truly an American original. Reviewers and fans from around the world, including Rolling Stone and The New York Times, agree that Chris continues to be a profound songwriter, a blistering guitarist, and intense performer as he draws deeply from the blues, American folk music, modern poets and humanist philosophers.

Peterborough Folk Music is excited to welcome Chris Smither back to the Peterborough Players stage, celebrating also the release of Call Me Lucky (release date March 2018 on Signature Sounds/Mighty Albert). Call Me Lucky is his first set of brand new originals in six years. Recorded at the gorgeous Blue Rock Studio in the Texas foothills, Call Me Luckyfeatures longtime producer and multi-instrumentalist David Goodrich, drummer Billy Conway (Morphine), Matt Lorenz (aka The Suitcase Junket), Mike Meadows and engineer Keith Gary. The new record features Smither trademark songs that offer commentary on the human condition with a wink of the eye and that pull deep from the soul. To complete the project are a couple of surprise covers that remind us of Chris’s deftness as a song interpreter as he makes the songs his own. Smither sings about “the big things – life, love, loss – in a penetrating and poetic yet unpretentious way.” (Acoustic Guitar)

“Bathed in the flickering glow of passing headlights and neon bar signs, Smither’s roots are as blue as they come. There is plenty of misty Louisiana and Lightnin’ Hopkins in Smither’s weathered singing and unhurried picking. So fine.” (Rolling Stone) 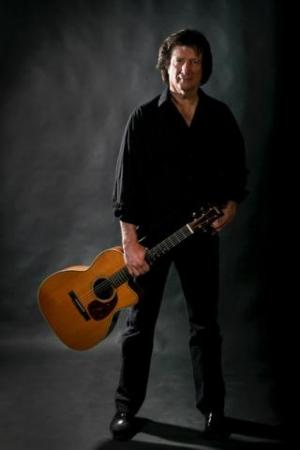