This concert is FREE. ADVANCE DONATIONS are especially appreciated.
If you’re able to make a donation, it will go directly to help support David during this time when all his concerts/tours have been cancelled.
If you donate ahead of time, it will help make it easy to relax and enjoy the concert. 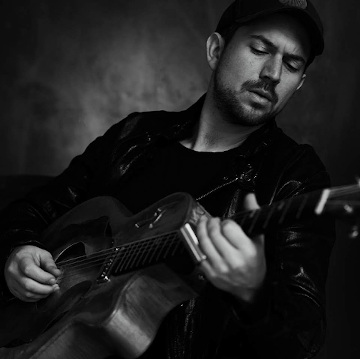 David Jacobs-Strain is from Oregon, plays crazy slide guitar and indie folk, put's on a hell of a one person show, and rocks out with his amplified string band "The Crunk Mountain Boys."

David Jacobs-Strain is a slide guitarist and modern roots singer-songwriter whose musical journey begins in the wellspring of Delta blues but ranges far afield from there. In his mid-twenties, he already channels age-old wisdom and heartache with such dexterity, energy, and passion that you feel good, even about feeling bad.
He tours nationally and has numerous festival credits, which include the Strawberry Music Festival, MerleFest, the Lugano Blues to Bop Festival in Switzerland, the Newport Folk Festival, and the Montreal Jazz Festival.

He’s also served as faculty at guitar workshops, most notably at Jorma Kaukonen’s Fur Peace Ranch. In 2008 and again in 2010 Boz Scaggs chose him to open for his summer tour.